United to Rescue exists for the sole purpose of reaching the addicted children, youth and adults of the Asia Pacific region with the message of hope. This is done by the founding of Teen Challenge Centers in those countries where none exist and supporting those centers where they are already established. Teen Challenge, with over 1000 centers worldwide, is a long term residential program. For over 50 years, Teen Challenge has a track record as the proven cure for the drug epidemic. 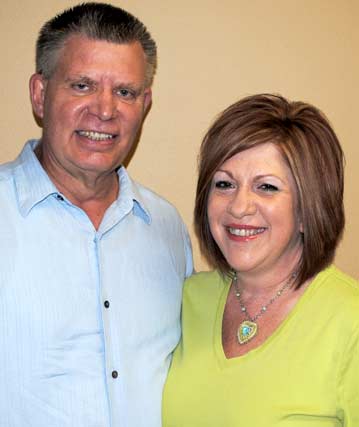 Rev. Jim and Kathie Lowans have been involved in fulltime ministry since 1975. Their passion for missions has been there since the beginning as they ministered in various churches in PA and IL and travelled to various countries on short term missions’ trips. In 2004, while ministering with Teen Challenge, to those struggling with addictions to drugs and alcohol, the doors opened to travel to the country of Cambodia to see if there was something that they could do to rescue the glue kids who live on the streets. On that first trip, Jim told God, “If you open the door, I will walk through it.” Since that time, and many trips to Southeast Asia –and the opening of Teen Challenge of Cambodia, God has opened up many more doors to the surrounding countries, such as Thailand, Vietnam, Laos, Myanmar and the islands of the Pacific. In 2008, they founded United to Rescue, a ministry dedicated to opening Teen Challenge Centers throughout Southeast Asia. Jim is also the Global Teen Challenge Representative for Asia Pacific. In this capacity, Jim represents the already established centers in Japan, Singapore, Australia, South Korea, Cambodia and Philippines. Their goal is to give them as much assistance as they need to become first rate Teen Challenge Centers, reaching the addicted in their countries. However, the main focus of United to Rescue remains opening Teen Challenge centers where there are none.